It’s been a while since I have written a blog, my mind constantly twirls around with a thousand ideas and sometimes it’s hard to pick one topic to write about.

The title of my blog was easy, after chatting with five gorgeous Aussie women in Bali about all sorts of subjects, the conversation inevitably turned to challenges women face. We all agreed that being quiet and submissive gets you nowhere.

Needless to say I have been on a self-promotion campaign, which started before, during and after publishing my memoir.

All the tips I read and studied about being a successful author resulted in focusing on a marketing formula.

I figured out that it was necessary to get the word out. I guess the following points were the key strategies I implemented to formulate a plan to commence the challenge of getting noticed.

That’s what I have done and it really wasn’t that hard once I started. My background in hospitality, sales and administration helped me with gaining the weapons I needed to brace the new world of the literary battlefield.

Social media is a MUST DO. My manic personality also helps, once I am on a mission nothing will stop me.

I won’t apologise for my continual posting on Instagram and Facebook. I figure if people get sick of seeing my pretty pictures and inspirational excerpts and quotes they can delete me, after all I can’t be shy.

It has been an interesting journey to date.

Take for instance the inspiration of this blog, which came from four ladies from the Gold Coast, Aussie chicks around my age. Their names are Donna, Kerry, Leesa and Debbie.

They were thrilled at the idea of reading my memoir and surprised me by posting a photograph on facebook of all four of them posing at Periplus bookstore at the Bali Airport, proudly cradling Scarlett Voices in the Shadows.

Some people have also been rude and negative, even laughing to my face about my ambitions for my book.

I was astounded, shocked and bewildered.  After having a leisurely afternoon with my besty Kerry at a 5 star Resort in Bali, an incident happened when we decided to swim in the dramatic Olympic size pool which overlooked an incredible panorama, taking in the sights of Jimbaran Bay beach.

The ambiance was sensational, swimming whilst looking out to the ocean vista, as the big jets descended with perfect precision landing at the Bali airport with another plane full of tourists.

I was having a lovely conversation with a Dutch couple who had recently got married in Bali, a happy fun conversation on a perfect day in Paradise.  The bride’s sister and brother in law lived on the Island and had graciously organised the special day, which included a traditional Hindu blessing.

The bride’s brother in law jumped into the pool and started interjecting the conversation with negative comments, whenever he got the chance.

I did my best to ignore the drunk man and decided to get out of the pool.  He followed me and as I wrapped the white fluffy towel around me, he pushed me.

Actually he shoved me hard, I fell into the pool, still wearing my sunglasses and hat.

I was in shock and laughed off the incident, however the fact remained he had physically assaulted me in a public place.  The only reason I could think of why he would do that was because he was unimpressed with my self proclaimed enthusiasm, as I chatted about my memoir.

On reflection this was no laughing matter.  I should of immediately gone to management and asked them to at least ask the man to leave.

Why did I laugh and not report him I wonder?  The truth is, as women we are ingrained to accept violent behaviour from men.  To either laugh it off, or to make some excuse.  On reflection I wish I had of acted differently.  Here I am advocating for zero tolerance against violence to both men and women, and there I was accepting an act of violence.

It was not that long ago that I was knocked out unconscious and held as prisoner against my will.  Although my life has taken a different turn, the truth is out there now as described in my memoir.  Violence against both women and men is an epidemic.

This conversation has to continue.  The conversation about accepting what is not acceptable behaviour must continue, we must not give up on the war of violence.

This week I had the pleasure of meeting with 2015 Australian of the year, Rosie Batty and the Australian Council of Trades Union President, Ged Kearney.

The afternoon tea was organised by myself to give a donation to The Luke Batty Foundation.  I had made a pledge to make the donation at the launch of my memoir in Melbourne October 2016.

The link in the chain was the conversation about the necessity to continue advocating for zero tolerance to family violence.

We had an incredible conversation and I was delighted to hear that the family violence clause, which was taken up by myself with the backing of the ASU Victoria & Tasmania in 2010, is now being implemented in workplaces throughout Australia, and also overseas.

The family violence clause gives survivors breathing space, paid leave and support services from their employer when they are at their most vulnerable.

So I guess if I could sum up my thousand thoughts running around my head as I tip tap on my keyboard, is to reiterate that: 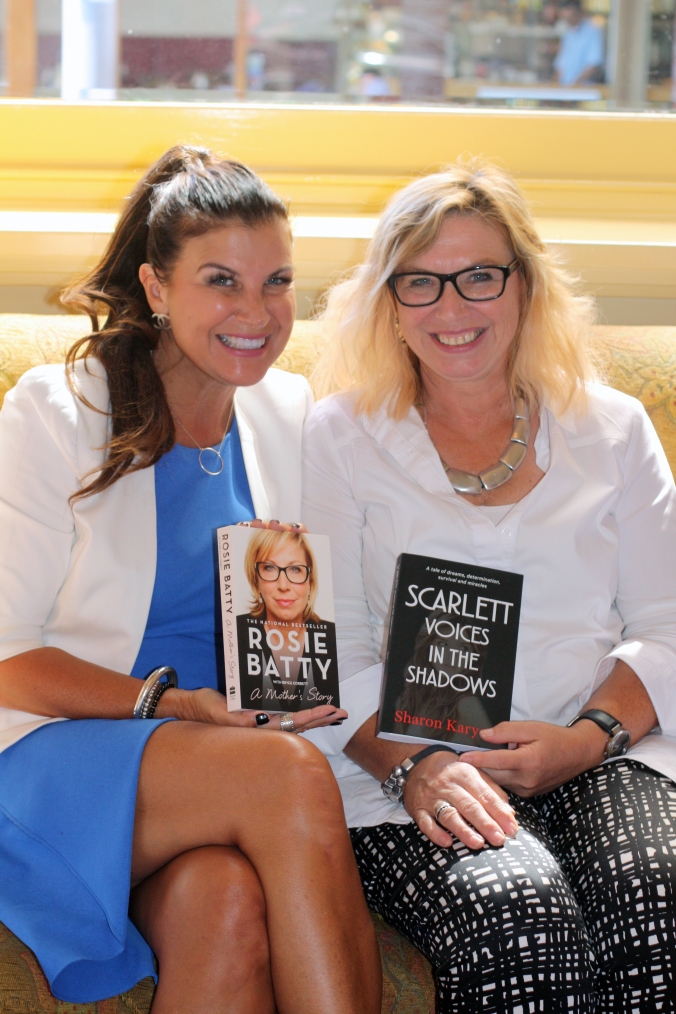